Female Filmmakers at the movies: Leave No Trace & Boundaries

by Leslie CombemaleJune 28, 2018August 15, 2018Leave a Comment on Female Filmmakers at the movies: Leave No Trace & Boundaries 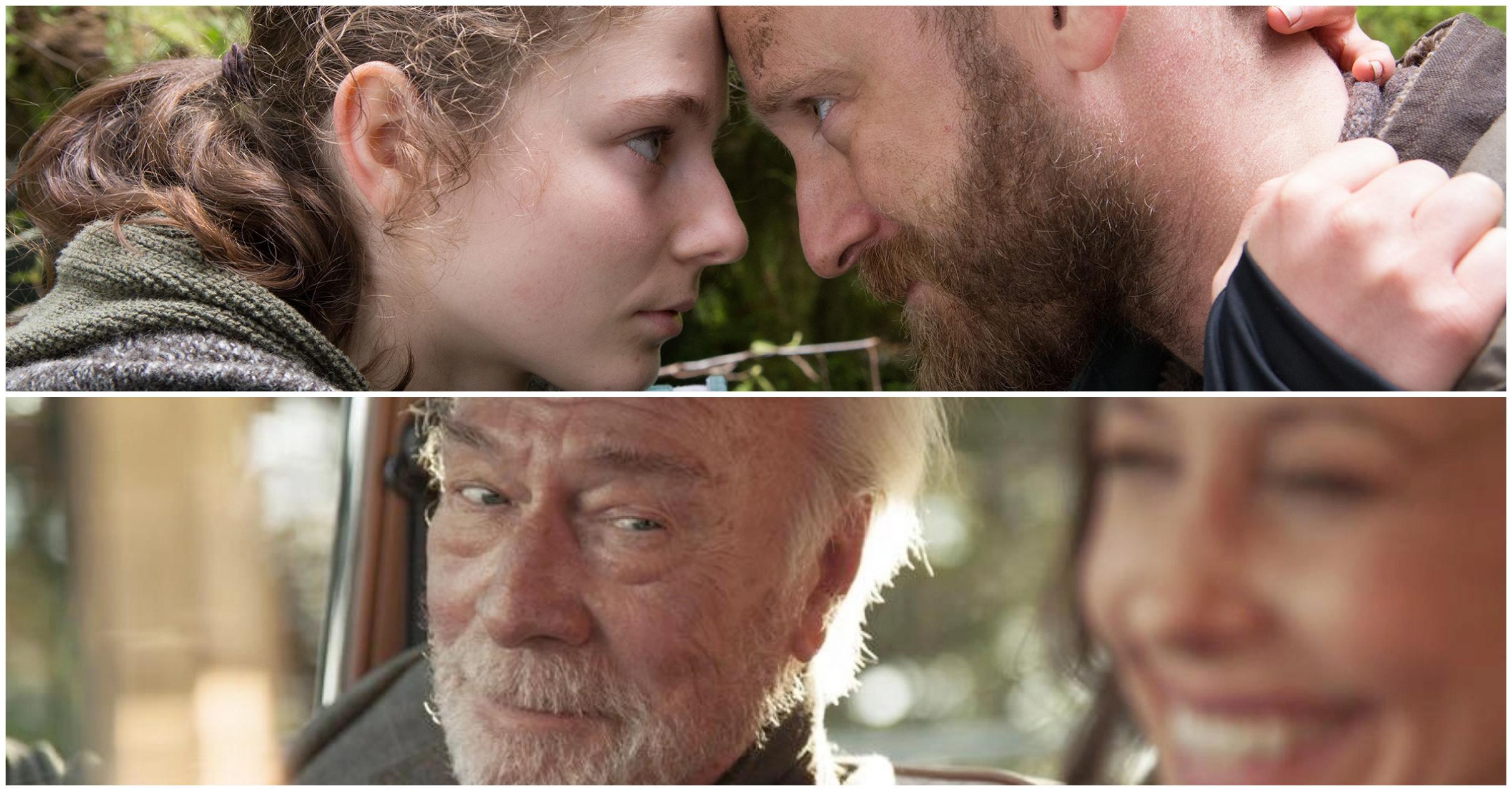 This week in movies sees the release of two films directed by women that focus on family. More specifically, they focus on father/daughter relationships. Leave No Trace and Boundaries are both road films, albeit of different sorts. Cinema Siren reviews them here, revealing who might enjoy them and who might want to avoid them.

I saw a screening of the new indie release Leave No Trace on the summer solstice. It was also in the midst of a protracted, unpleasant parade of bad news. Co-writer/director Debra Granik, who brought us the bleak, beautiful A Winter’s Bone, which made a star of Jennifer Lawrence, now brings us a father and daughter story of haunting beauty using nature as a backdrop, which stars award-winning actor Ben Foster, and may once again create a mega star in Thomasin McKenzie.

War veteran Will (Foster) has lived for years in the forests outside Portland, Oregon, with his teen daughter Tom (McKenzie). Their life is simple. They forage for food, play chess, and nightly hunker down to sleep in their tent. Tom studies, Will builds things, and they have discussions about nature. They also have near daily drills to teach Tom how to hide in the event someone wanders near their camp. We don’t know what has led Will to believe this is best for himself and his daughter, but we do know he has night terrors and no interest in living in an organized society of any kind.

When discovered, they are put through a system that attempts to do what’s best for them both as individuals and as a family. When Will finds he can’t assimilate, the two set off into the wilds of nature, potentially with catastrophic consequences. This is basically the road (less traveled) trip movie.

McKenzie brings an honesty to the innocence and kindness of Tom, who straddles childhood and a forced parenthood required when caring for a man suffering with PTSD. Their relationship to each other and to nature is a meditation on family, and the struggle to find autonomy inside a life living with a mentally ill loved one. Director Granik has a way of showing harsh realities alongside the tenderness between people. She portrays suffering without sentimentality, but finds the hope in her stories and shines a light on that hope to create compassion in the viewer.

There is a moment where Will and Tom are in town, getting provisions, and Tom holds up a chocolate bar, asking their frequent question to each other, “Want or need?” The film, and the examination of the relationship between father and daughter, both of whom alternately play caretaker for each other, is couched in that question. Of course, we always want our parents and need our parents. We always want our children and need our children. When does the balance tip too far away from our own wants, and our own needs, and when is it right to choose ourselves?

This heartbreaking, and ultimately hopeful ode to the nature of love and the love of nature comes right on time for anyone delights in thought-provoking fare and cherishes great filmmaking.

Boundaries, a new indie from writer/director Shana Feste (Country Strong) exists on the opposite side of the spectrum of father/daughter road trip flicks. At once frothy and acerbic in tone, it stars the ever spectacular Christopher Plummer and ever compelling Vera Farmiga as Jack and Laura Jaconi, who navigate their estranged relationship as she drives him down the West Coast to LA in a beat-up Rolls Royce, her son Henry (Lewis MacDougall) and a constantly growing menagerie in tow.

Jack has gotten kicked out of his retirement home for dealing weed. Laura needs money for an alternative high school for her weirdo son, who has been expelled for drawing a lewd, sexualized graphite of his teacher. He draws naked pictures of mostly everyone, exposing what says is their soul. Meanwhile, Laura is completely incapable of setting and keeping boundaries, as evidenced by her house full of stray creatures, and her willingness to engage with her lying, long-absentee father. She reminds him and all who’ll listen he is the reason for her emotional damage. They strike a deal that he will pay for Jack’s new school, and she will take him to LA. Jack ropes Henry into helping him sell $200,000 worth of pot, which they drop off to various quirky, free-spirited characters along their drive to LA.

The story runs a fairly predictable course, but it is foremost Christopher Plummer who is the raison d’être for the film. It’s not his best, but he’s great. With hundreds of roles over his career, that’s not saying much. No one is particularly likable, but that’s part of the point here. Relationships, especially parent/child ones, are messy, and often suffer from bad history. Farmiga is portraying a female character not often seen as onscreen, which is to say, tough, unlikeable, and unapologetic. Is she a mess? Yes. So is everyone in Boundaries. That includes the characters we meet along their journey, which offers an opportunity to watch Christopher Lloyd, Bobby Cannavale, Kristen Schaal, Yahya Abdul-Mateen, and Peter Fonda create lasting impressions, and expand upon what are relatively cliched characters as written. Fonda in particular, though, is likely responsible for the smear campaign currently in progress on IMDB. He tweeted some incendiary messages to the Trump camp, which motivated the web trolls to score the film 1 out of 10. Don’t believe it. Many a film lover will enjoy Boundaries, even if Fonda doesn’t know how to keep his own, pre-release.

There are many who struggle with messed up family dynamics, and deal with their dysfunction through humor, aware as they may be of their inability to truly deal with the underlying issues. Some families find a way to interact despite the bad blood and bad decisions that litter their collective story. To those I’d say, this film is for you. 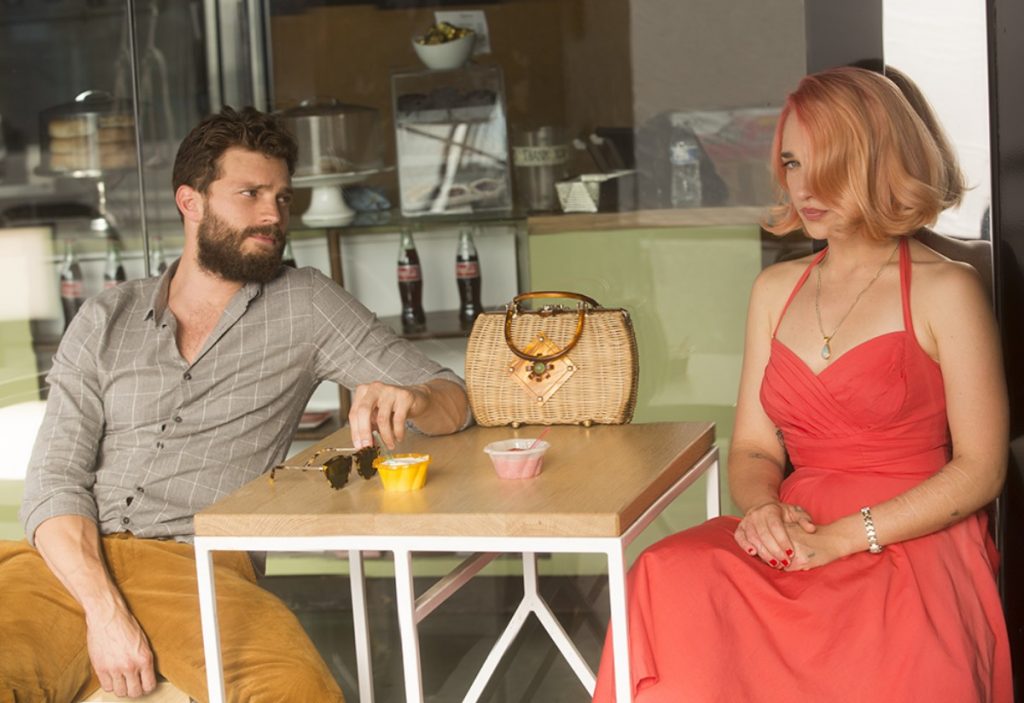