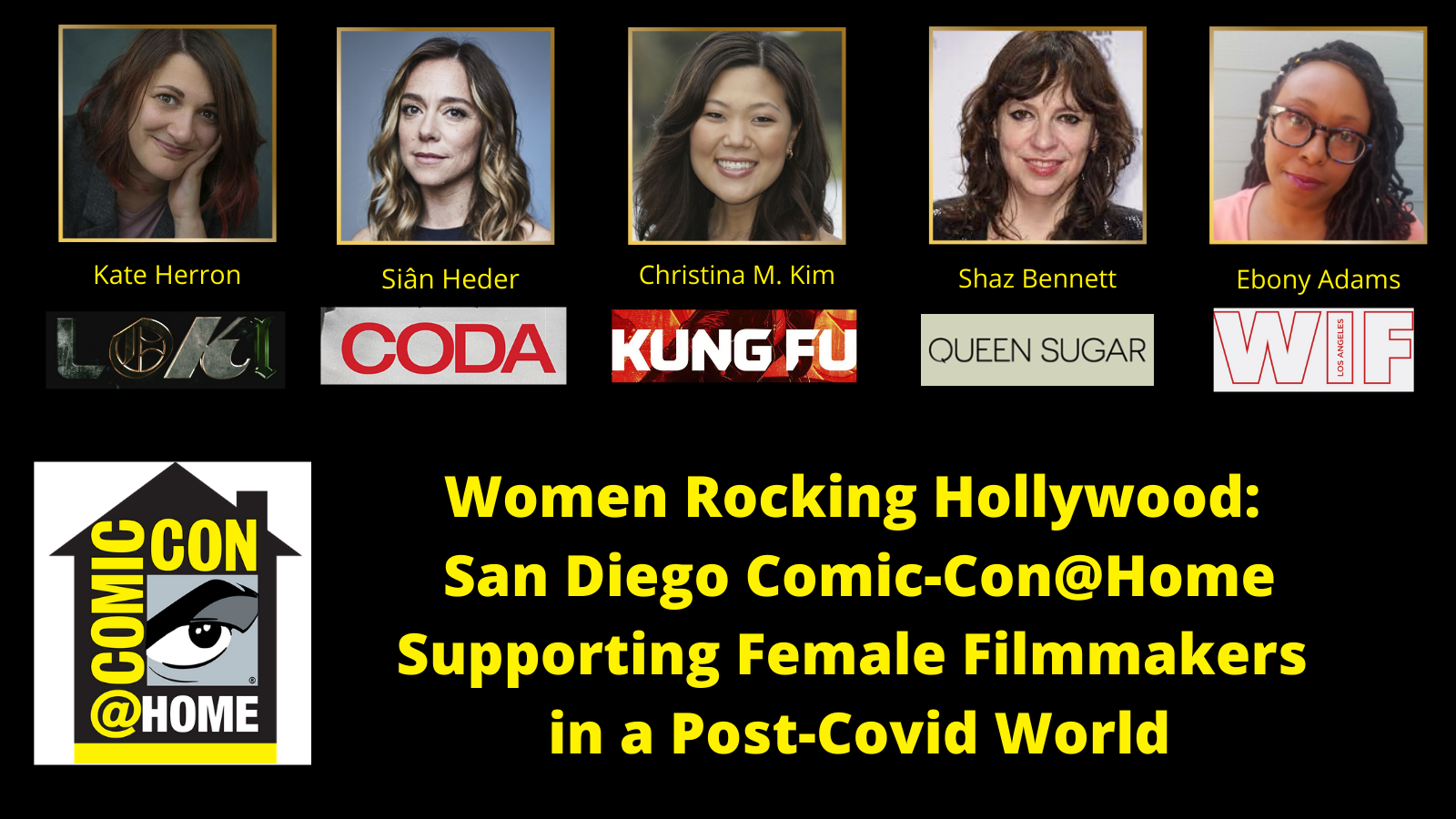 Announcing our 2021 Women Rocking Hollywood panel, going live during Comic-Con@Home on the weekend of July 24th!

We will announce the time and date as soon as SDCC has made the official announcement.

Hi! Leslie Combemale here, creator of WRH and senior contributor for the AWFJ.  First let me say I really miss seeing the wonderfully supportive attendees who come to our panel year after year in person, and support it by amplifying it and the panelists online to their friends and colleagues on social media…

Women Rocking Hollywood, now in its 6th year, is here to celebrate female filmmakers and their newest and upcoming releases, which exemplify the best of what major studios, independent productions, and streaming media have to offer now and in the near future.

One thing all the projects we discuss on the Comic-Con@Home panel have in common is equity and representation.  We have female filmmakers here to talk about Queen Sugar which is not only centered on an all Black cast, but is a show that has hired all female filmmakers for all 6 seasons, Sovereign, which will hopefully bring more indigenous representation to the small screen, CODA, a film which broke records at Sundance and centers on a culturally deaf family and is cast appropriately, Loki, which not only has women in powerful roles onscreen, but also has a gender-balanced crew which includes both a female composer and cinematographer, and Kung Fu, the first hour long network drama centered on an Asian American cast that has an Asian American woman as show runner. So stay tuned and look for a link here and on social media to watch what these powerful, inspiring women have to say.

Check out this wonderful roster of panelists and the projects we will be talking about:

Now in our 6th year at the San Diego Comic-Con, the Women Rocking Hollywood panel continues to provide a platform for women navigating the challenges of working behind the camera in film and TV. The industry that has historically been out of balance and skewed toward what director Catherine Hardwicke calls “pale and male” is now grappling with how the major studios, independent productions, and streaming media will proceed in a post-pandemic world. How can we keep the momentum moving forward, and keep the importance of hiring and amplifying the work of more female filmmakers top of mind with gatekeepers that can help bring about parity? One way is to celebrate the work of women creating great content. Join Kate Herron (director: Sex Education, exec producer/director: Loki), Sian Heder (producer/writer/director: Orange is the New Black, writer/director: CODA) Christina M. Kim (exec producer/writer: Blindspot, exec producer/show runner: Kung Fu) Shaz Bennett (writer/director: Alaska is a Drag, director: Queen Sugar), and Ebony Adams (Manager of Public Programs: Women in Film: LA) as they discuss their current and upcoming projects, as well as the state of the industry. Moderated by Leslie Combemale (senior contributor: Alliance of Women Film Journalists, producer/creator: Women Rocking Hollywood). 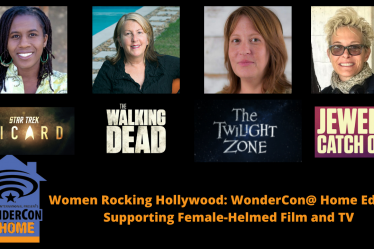