The Zookeeper’s Wife: An Inspiring, Timely Story of Holocaust Rescuers

by Leslie CombemaleMarch 30, 2017July 8, 2017Leave a Comment on The Zookeeper’s Wife: An Inspiring, Timely Story of Holocaust Rescuers 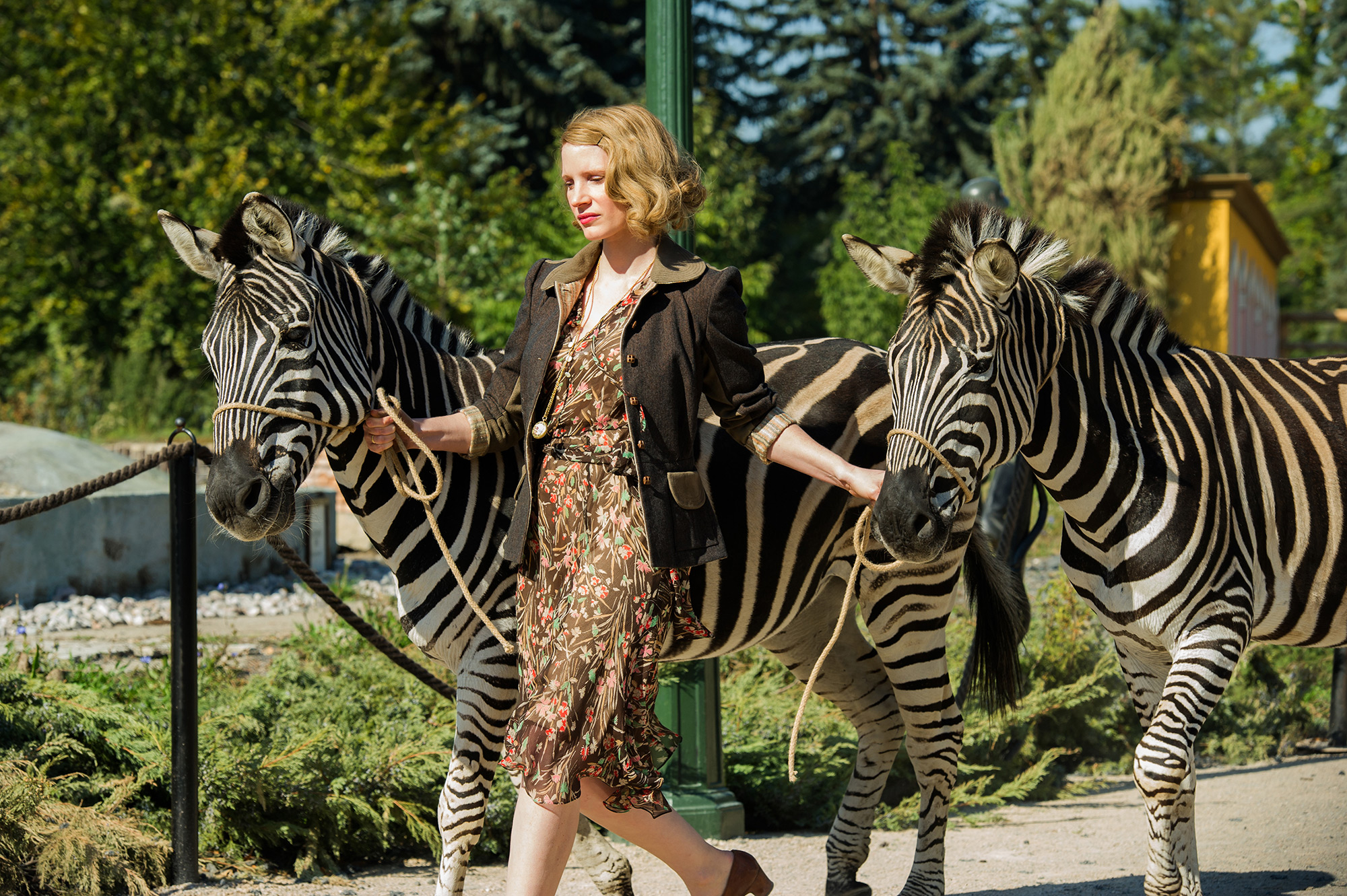 Coming this weekend is a movie whose subject matter, which is based on a true story, will be compelling to many compassionate, loving people. The film The Zookeeper’s Wife asks, “What would you do? Would you risk your life every single day to rescue total strangers?” For Antonina and Dr. Jan Zabinska, who ran the Warsaw Zoo before and during WWII, the answer was yes. It was yes every day.  For myself, I’ve always been fascinated by the Holocaust rescuers of WWII, not least because of my own family history. My grandmother was part of the French resistance, and her brother was a Vichy collaborator, which led to them never speaking again after the war. I have always wondered what I would do in the same circumstances.  What is certain is that Antonina and Jan Zabinska fearlessly chose to do the right thing, and The Zookeeper’s Wife chronicles that choice.

Antonina and Jan Zabinska ran the Warsaw Zoo, and at the beginning of the German invasion found a way to save a number of the animals, as well as a way to give refuge and offer escape to over 300 jews.  They did so in part by courting Hitler’s chief zoologist, Lutz Heck (played by Daniel Bruhl) while hiding jews right under the Germans’ noses they smuggled out of the Warsaw ghetto in bombed-out animal cages.  They called them their guests.  To find out how they succeeded with their plan, and the harrowing near-misses they experienced, you’ll have to see the movie.  Be warned, the cages were available and empty because many animals were killed by bombs, and others by invading nazis needing meat. For the sake of preparation, it’s best to know that part of the sad story up front.

The stars of the film are Jessica Chastain and Johan Heldenbergh as Antonina and Jan Zabinska, and apart from the shocking knowledge the whole story is true, it is their work, along with that of their co-star Bruhl, that offers the very best reason to see The Zookeeper’s Wife.  Those who have seen The Broken Circle Breakdown (which I called one of the best films of 2012) will recognize Belgian star and playwright Heldenbergh, who is deservedly a very famous actor in his home country. He has an old Hollywood leading-man quality and magnetism that brings Gregory Peck to mind. Daniel Bruhl has a tough job keeping Third Reich zoologist Lutz Heck from being seen as anything more than a threatening, manipulative, hateful villain. History has shown Heck did indeed steal the most valuable animals from the Warsaw Zoo, but Antonina and Jan let him, knowing it was likely the only way to save them. Bruhl finds a way to make us believe that Heck himself must see what he is doing as righteous and good.

The movie, however, belongs to Jessica Chastain, who perfectly embodies Antonina’s outward fragility and inner strength. She captures with complete believability Antonina’s compassion and skill with both the animals of the zoo and the terrified victims of the ghetto, with its inhumane conditions. She proves once again she is deserving of being at the top of Hollywood’s A-list.

One very good reason to support The Zookeeper’s Wife is it’s written and directed by women. New Zealand-born director Niki Caro, best known for her breakout film Whale Rider and the upcoming live-action version of Disney’s Mulan, was drawn to the project immediately. “The fact that it’s set in a zoo was intriguing to me, because it’s really discussing what is human and what is animal, what is and isn’t a cage. In directing the movie, I was thinking of the tension between those two things, and a lot of the visual storytelling is occupied by that.” The story is based on the non-fiction book written by bestselling naturalist Diane Ackerman. Ackerman says, “Antonina’s story had slipped between the cracks of history, as radically compassionate stories sometimes do, especially stories about women.  I couldn’t let that happen to Antonina Zabinski. She was too important and represents a kind of heroism still taking place every single day on our planet.” Indeed, a number of earlier writings and reference to these events only speak about Jan Zabinski, incorrectly saying Antonina fled with their son before the bombing of Warsaw. The screenplay is written by Angela Workman, who believes the story is universal and timely. “We always say never forget, and we’ve heard that phrase before, and we tell this story to remember these people at that time, but even now, there are refugees everywhere. This a story about trying to help them, and save them.  It’s a story about people who are judged or perceived as “the other”, and recognizing that they are not “the other”, that we are all animals. We are all the same species”.

The film struggles to tell its story, however, in a way that keeps a committed audience.  Blame the editing.  It’s as if it can’t decide whether it’s a studio or indie film. It switches between an intensity and languidness of tone arthouse film fans will recognize from films like Sophie’s Choice, and the populist suspense of a would-be blockbuster, bringing to mind 2013’s The Book Thief. The Zookeeper’s Wife would have benefitting mightily with a running time cut by a half hour, especially as some of the aspects of this true story are so difficult to watch. Replacing some of the longer scenes with shorter ones that get the gist of what’s happening across would have been better, although perhaps there was a fear that wouldn’t do justice to some heartbreaking minutiae included in the original book. No doubt it seemed essential to include some real-life characters like Henryk Goldszmit, a pediatrician who refused escape to stay with children under his care, ultimately accompanying them to Treblinka.  Is it better to cut that part of Diane Ackerman’s book out, or make the movie too long?

Even with that weakness, what remains is an important, well-told story, filled with great acting moments and beautifully realized scenery and environments. There’s great work by Oscar-nominated production designer Suzie Davies, who brings to vivid life both a vibrant European zoo in the 1930s, and the desperate, terrifying landscape of WWII-era Warsaw.

It’s important to mention the International Rescue Committee (founded in 1933 at the call of Albert Einstein to rescue jews and other victims of nazi persecution) is partnering with The Zookeeper’s Wife and has created The Zookeeper Haggadah, a supplement for Passover Seder that honors Antonina and Jan Zabinska, and their bravery. You can download it at Rescuers.org, and it really is inspiring, just like the story itself.

Whether you are an animal lover, or a people lover, or both, The Zookeeper’s Wife is very sad, and in some parts very hard to watch, but it takes on subjects that are also very inspiring, and, as screenwriter Workman says, very timely.  When you see something going on in your world, in your country, do you stay silent and let it happen, or do you do something about it? If you’re fascinated by history, especially Holocaust rescuers, and the true stories of heroism by every day people they represent, this movie is definitely for you.

From The Holocaust Resource Center and Archives

From The Jewish Foundation for the Righteous

LEARN TO SWIM #MovieReview by Leslie Combemale: Just the kind of languid, intense story of love and loss that demands to be watched during the most sweltering days of summer. https://awfj.org/blog/2022/08/10/learn-to-swim-review-by-leslie-combemale/ @WomenRockFilm @ava @ARRAYNow @JamieBroadnax @kathia_woods @ThyroneTommy @nminow

Get to know Thyrone Tommy, the director of our jazzy romantic drama LEARN TO SWIM. Fun fact: @ThyroneTommy used to study marine navigation! Set your cue to stream LEARN TO SWIM August 15 on @netflix. #ARRAYReleasing

This Monday, get in the mood for summer love with live jazz music, free ice cream and a special screening of @ThyroneTommy’s romantic drama LEARN TO SWIM.

Loved this film and I have some thoughts…Review this week coming up for @AWFJ (it does help if you love jazz!) #ARRAY

In honor of #NationalVinylRecordDay and ARRAY Releasing’s upcoming debut of @ThyroneTommy’s jazzy romantic drama LEARN TO SWIM, we’re taking a look back at a significant moment in jazz history. #ARRAY101

THREE MINUTES: A LENGTHENING #Review by Beth Accomando: proves you can create something richly layered and rewarding from something as seemingly trivial as a few minutes of home movies https://awfj.org/blog/2022/08/12/three-minutes-a-lengthening-review-by-beth-accomando/ @cinebeth @BiancaStigter @SUPERltdFilm @AWFJ #Documentary #holocaust 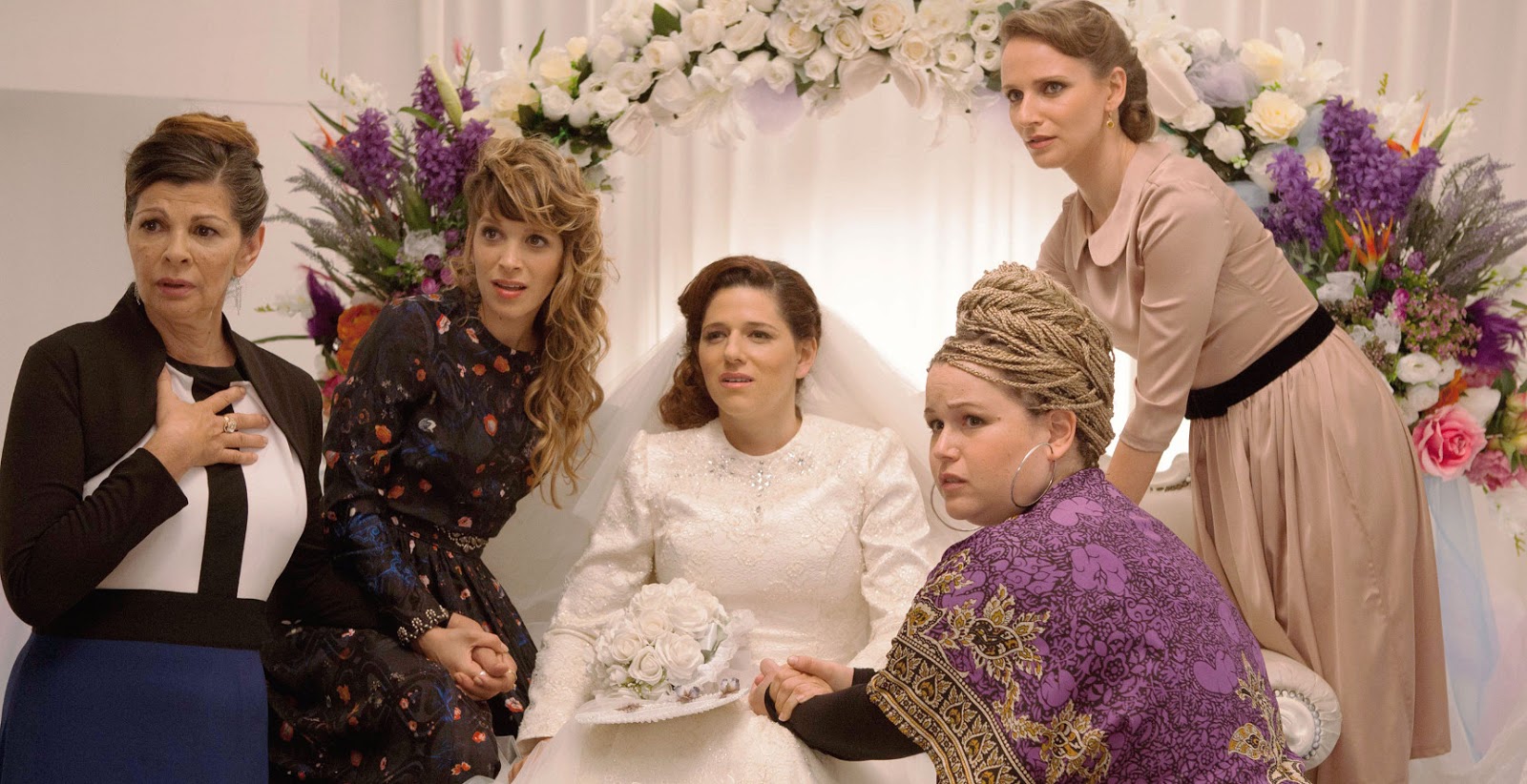