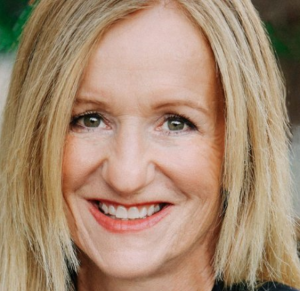 Alison Emilio is Director of ReFrame, a joint initiative of Sundance Institute and Women In Film Los Angeles. ReFrame is a growing coalition of industry leaders and 50+ Ambassadors – producers, directors, agents, studio executives –  to bring about measurable progress in achieving gender equity and advancing female filmmakers in film, TV, and media. Prior to ReFrame, Alison served as Vice President, Marketing and Strategic Partnerships for CreativeFuture.  Her feature film work includes Lorimar Filmed Entertainment and New Line Cinema (New York and Los Angeles) as Senior Vice President, Marketing and Communications, responsible for the marketing, publicity, and promotional campaigns for more than 25 films, as well as corporate and financial communications. She established the U.S. office of the Ontario Media Development Corporation, generating over $150 million in revenue. Alison serves on the Advisory Board of the Horizon Award, which advances gender parity in media and provides sponsorship and mentorship to the next generation of female filmmakers. Emilio’s producing credits include Handmade Films’ Dinner at Fred’s, starring Parker Posey, Gil Bellows, and Christopher Lloyd, Drowning on Dry Land, starring Barbara Hershey and Naveen Andrews, and Someone is Watching, starring Stephanie Powers, for Lifetime. 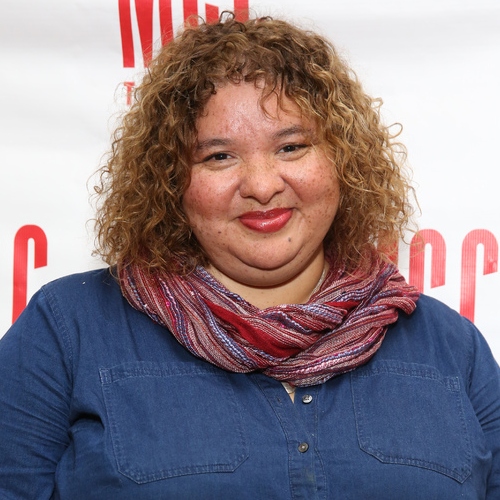 Liesl Tommy is known as a multi-award winning stage director, garnering six Tony Award nominations for Eclipsed, including Best Director. She is known for her provocative world premieres and re-imagining classics with racially diverse casts in several shows, including a 2012 production of Hamlet at California Shakespeare Theatre and an internationally acclaimed production of Les Misérables. She also developed and directed Frozen Live, the multi-media theatrical extravaganza adaptation of the Disney film for the Hyperion Theater in Disneyland. She was recently announced as director for Born A Crime, the film adaptation of the autobiography by the same name by Trevor Noah starring Lupita Nyong'o for Paramount, and will also be helming Respect, an Aretha Franklin biopic starring Jennifer Hudson for MGM.  Tommy recently directed the much-lauded, highly-rated Chokepoint episode of this season’s AMC's The Walking Dead, and Episode 4 of season 3 of Jessica Jones, A.K.A Customer Service is Standing By.  She has also directed for HBO's Insecure and OWN's Queen Sugar, created by Ava DuVernay. 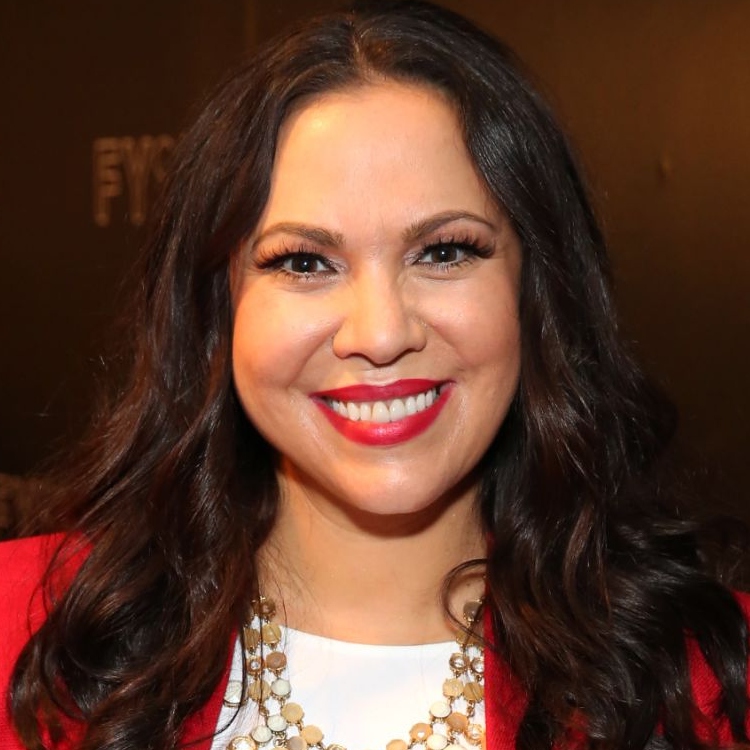 Gloria Calderon Kellett is the executive producer, co-showrunner, director and actor on the critically acclaimed sitcom One Day at a Time, coming to POP TV in 2020. She wrote and executive produced the comedy pilot History of Them at CBS, was a writer/producer on the CW’s iZombie, LIFETIME’s Devious Maids, ABC’s Mixology,  and Rules of Engagement and How I Met Your Mother, both for CBS. The proud daughter of Cuban immigrants, Gloria was the first in her family to go to college. She is a former stand-up comic and was a founding member of the sketch comedy group “And Donkey Makes Five.” Acting credits include Jane The Virgin, Angie Tribeca, Dead To Me, How I Met Your Mother, Trophy Wife and One Day at a Time. Awards for her work include The Television Academy Honors, Mental Health America Media Award, ALMA Award, Imagen Award, Vanguard Award, NHMC Award, Sentinel Award, and The Voice Award. She is also one of the few creatives to have the distinction of receiving a 100% rating on Rotten Tomatoes for One Day At A Time. She has been honored as an industry leader by The Hollywood Reporter, in their Top Women in Entertainment, the THR100 list, and their 50 Agents of Change issues. 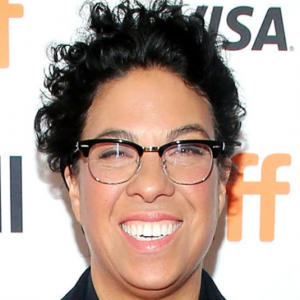 Angela Robinson a pioneering director of film and TV, has always had a deep commitment to and interest in strong female protagonists, and it reflects in her body of work. Her first feature, D.E.B.S., which she also wrote, featured a diverse group of schoolgirls who get groomed by a secret government agency to become members of elite defense group. In 2005, with Disney's Herbie: Fully Loaded, she became only the third black woman ever to direct a feature film produced by a major film studio. The film’s combined international and domestic box office crossed the $100 million line, which was a milestone for a female director, it was additionally notable for Robinson’s intersectionality as a gay woman of color. Robinson has worked on a number of high-profile shows on the small screen, producing, writing, directing on The L Word, How to Get Away with Murder, Hung, and True Blood. Her most recent big screen release was as writer and director of the critically acclaimed Professor Marston and the Wonder Women in 2017. Last year, Robinson received the Achievement Award at the 2018 Outfest Los Angeles LGBTQ Film Festival, the fest’s most prestigious prize, and was invited to join the Academy of Motion Picture Arts and Science’s directing branch. In early 2019, she inked an overall deal with Paramount TV to develop new projects. As part of that, it was announced on July 2nd that she will be co-exec producing and directing a series based on the new hit novel Lock Every Door, a thriller drama that made multiple summer 2019 reads lists. 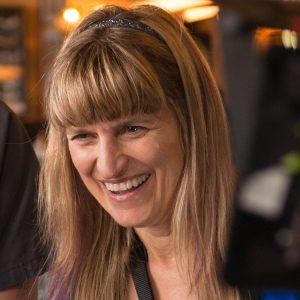 Catherine Hardwicke’s films have helped to redefine popular culture, showcase notable figures from the past, and raise light on important social issues. Hardwicke’s early successes were as a production designer on films directed by Richard Linklater, David O. Russell, Cameron Crowe, Lisa Cholodenko, and Costa Gavras. Her first film as a director was the critically-acclaimed Thirteen, which garnered numerous awards and nominations including the Director’s Award at the 2003 Sundance Film Festival, Golden Globe nominations for Holly Hunter and Evan Rachel Wood, an Academy Award nomination for Best Supporting Actress for Holly Hunter, and an Independent Spirit Award for Nikki Reed. Hardwicke has since become best known as the director of Twilight, which launched the worldwide blockbuster franchise The Twilight Saga, and earned nearly $400 million at the worldwide box office. Her book, The Twilight Director’s Notebook, was an international best seller, translated into 20 languages. Her most recent film Miss Bala, released in February of 2019, starred Gina Rodriguez and Ismael Cruz Cordova. A passionate believer in paying it forward, she frequently works as a mentor at labs for the Sundance Institute, Film Independent, and the Ghetto Film School, and teaches workshops at film schools and film festivals around the world. Hardwicke is currently in production on the new Quibi show Don’t Look Deeper, which stars Don Cheadle and Emily Mortimer. 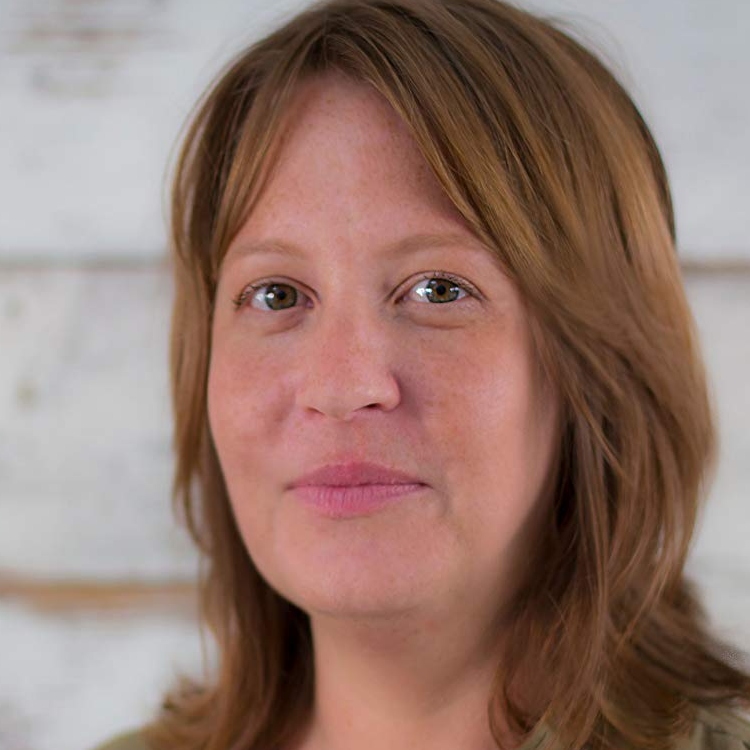 Jen McGowan is a director based in Los Angeles. Her most recent feature film, the survival thriller Rust Creek, was released in theaters January 2019 by IFC Midnight and hailed as “the feminist thriller Hollywood needs right now” by Harpers Bazaar. McGowan's first feature Kelly and Cal, starring Juliette Lewis and Cybill Shepherd, premiered at SXSW, where she won the Gamechanger Award. The film was released theatrically by IFC Films to rave reviews.  In partnership with Level Forward, she is the creator of Glass Elevator, an international skill-sharing, networking & jobs resource for professional women in film & television. With over 3,500 members, Glass Elevator was named Best in LA by LA Weekly, is part of the Sundance Women’s Initiative Resource, and was featured in Forbes. Take the Lead Foundation identified McGowan one of 50 Women Who Will Change the World in Media & Entertainment, and WeForShe selected her for the 2019 DirectHer program. A Film Independent Fellow, finalist for the Clint Eastwood Filmmakers Award, and recipient of the AWD Breakout Award for Excellence in Directing, she was named one of Vulture’s Women Directors Hollywood Should Be Hiring. 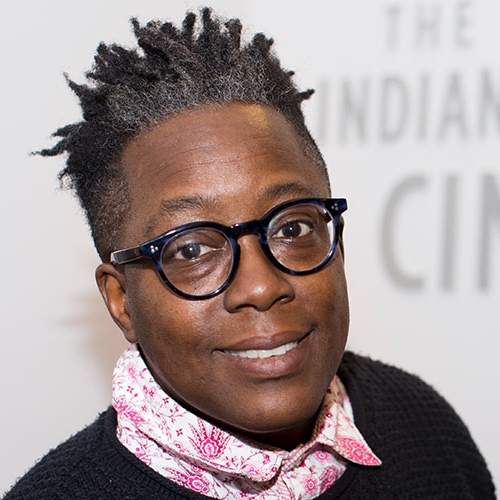 Cheryl Dunye returns to season four of Queen Sugar as a producing director having previously directed episodes of the series in season two as a first-time television director. Dunye is considered the most influential African American filmmaker to emerge from New Queer Cinema wave of the mid-1990s. Her groundbreaking first film The Watermelon Woman won the Teddy Award for Best Feature at Berlinale in 1996. Her 2002 follow-up, HBO's Stranger Inside, was nominated for four Independent Spirit Awards, including Best Director. Since 2017, she has directed episodes of David Makes Man and Love Is___ for OWN and Warner Horizon, Claws for TNT, The Chi for Showtime, Star on Fox, and The Fosters for Freeform. She is now set to write & direct The Wonder Of All Things for Lionsgate. 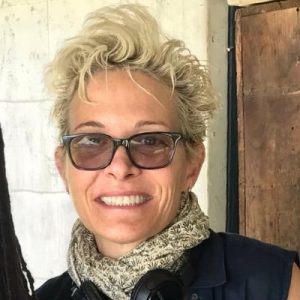 C. Fitz is an accomplished film and television director, producer and writer, as well as marketing professional. As a filmmaker, TV showrunner and film director, she has won multiple awards for her scripted and unscripted work, as well as developed TV series, including Bravo’s Queer Eye for The Straight Guy, and ABC Family’s Knock First. In her digital work, she has produced award-winning social media branding content, winning four Webby Awards for creative digital campaigns. Recently Fitz directed, produced, and co-wrote her second feature documentary Jewel’s Catch One, distributed by Ava DuVernay’s company ARRAY. Currently she is working as a director and developing scripted series and documentary films. Queen Sugar marks Fitz’s scripted television directorial debut. 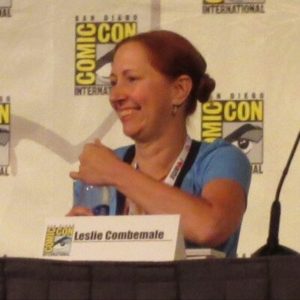 Leslie Combemale is moderator and creator of the Women Rocking Hollywood panel at San Diego Comic-Con. She has been writing about film, with a focus on women and diversity, for over 12 years, on sites like AWFJ.org, TheCredits.org, and her own site, CinemaSiren.com. She has a passion for artists below the line, celebrating them through her film art gallery ArtInsights, located outside Washington, DC, where she has been selling film art by the filmmakers for over 28 years. She is an expert on the history of animation and film art, and has been amplifying the careers of animators important to the classic animated features and tv shows, as well as production artists integral to films like Star Wars and Harry Potter, at conventions around the world for over a decade. She believes parity for women behind the camera and below the line will come, in part, through the support of the thousands of vocal fans at San Diego Comic-Con, that have loyally attended the Women Rocking Hollywood panel since its inception.
Follow Women Rocking Hollywood @WomenRockFilm on Twitter!
Follow Leslie @CinemaSirenNews on Twitter! 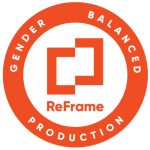 @violadavis #askviola #HTGWM how was it working again with Cicely Tyson?

Making meat chili for my hubby. (I’m allergic to cow meat, so I’m going by smell)-had to improvise from what we had. Listening to @ddbprods ❤️. It’s keeping me from bursting into tears from a bad day. What are you all doing to keep busy and find joy? #COVIDcomfort #FilmTwitter

I’d love to see Biden announce not just a VP, but a draft core cabinet too — including Warren, Harris, Booker, Klobuchar, Yang, Buttigieg — like a Democratic Avengers ready to pile full throttle into the clown-show of narcissism, greed and incompetence in the White House.

So grateful for the work of #ReFrame Ambassadors @makemovies, @StephanieAllain and @LynetteHowell in supporting film & TV workers in need right now. Read more about their incredible work and donate if you can! #ExpandtheStory #ChangetheWorld https://deadline.com/2020/04/it-takes-our-village-hollywood-crews-coronavirus-fund-1202903823/