SDCC 2106’s Women Rocking Hollywood panel: “IF SHE CAN DO THIS, I CAN DO THIS”-Marvel and DC producers and famed directors speak

by Leslie CombemaleAugust 1, 2016August 11, 2019Leave a Comment on SDCC 2106’s Women Rocking Hollywood panel: “IF SHE CAN DO THIS, I CAN DO THIS”-Marvel and DC producers and famed directors speak

A NEW COMIC-CON PANEL “WOMEN ROCKING HOLLYWOOD” inspires, and celebrates the power of women to create great art and bring equality to the film industry.

The inaugural panel of Women Rocking Hollywood, which took place at Comic-Con International: San Diego on Saturday, July 23rd, which was sponsored by Wattpad, was an unqualified success, delivered to a packed house. The enthusiastic audience heard from a diverse panel of women changing the industry from the inside.  Women Rocking Hollywood was the only panel with official representation from both Marvel Studios and DC Entertainment. Leave it to the powerful women in the film business to turn what is often portrayed as a rivalry into a cooperative exploration of how all studios can make the industry more inclusive!

With the release of Suicide Squad, and the recent official announcement of Brie Larson as Captain Marvel, Women Rocking Hollywood, which included the executive producers for both films, Deborah Snyder for the former, and Victoria Alonso for the latter, couldn’t be more timely.  The entire panel had strong, influential members of the film industry.  Catherine Hardwicke currently holds the box office record for the highest grossing opening by a female director with Twilight.  She more recently racked up over 33 million views for the short film that accompanies Lady Gaga’s award-winning song “Til it Happen to You”.  Angela Robinson, who currently writes for How to Get Away With Murder, has directed episodes of True Blood, The L Word and Hung. She was the first out lesbian to direct a Disney family comedy with Herbie Fully Loaded. Also speaking was Kirsten Schaffer, executive director of Women in Film: LA, the non-profit organization working to bring equal representation of women within the global entertainment, communication, and media industries.  WIF has spread the word through their initiative #52FilmsbyWomen.  Women Rocking Hollywood was moderated by Leslie Combemale, who has years of experience curating panels at SDCC and writes as Cinema Siren, and has recently created a website for the panel.

Watch the panel by clicking below:

Or you can watch the panel HERE.

The panel began with WIF: LA’s Kirsten Schaffer, who discussed the statistics for women currently working in the film industry.  She referred to a study by USC released in February of 2016, which reported, among other startling statistics, that only 15.2% of directors in the industry are women, with 3.4% in film, and 17% in television.  Women in Film: LA is dedicated to helping change that, and has launched a systemic change project within the industry to increase those numbers.  She invited the audience, as well as those who watch the panel post-convention, to pledge to seeing #52FilmsbyWomen.  She also mentioned the a tee designed by The Vikings’ Catherine Winnick, and all profits from sales go to Women in Film. 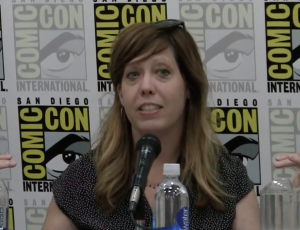 “It took a hundred years to build the studio system that works the way that it does, and it thousands and thousands of years to build a patriarchy, so it’s going to take a little while for us to move those numbers, but I really believe that with the people who have already made commitments to moving those numbers, that over the next years, as these reports come out, we’re going to see dramatic shifts in those numbers.”

Deborah Snyder is one of the most powerful producers involved in making the current and upcoming crop of superhero films at Warner Brothers, and is one of the producers of 2017’s Wonder Woman as well as Justice League, The Flash and Aquaman.  She flew in from London from the set of Justice League to be part of the panel.  She discussed the importance of and her part in including talented women in the crews of her films, and about mentoring young female filmmakers to inspire them to follow their paths, (which both she and Wonder Woman director Patty Jenkins have done). Snyder mentioned that it is important to not just have women working on female-centric films like Wonder Woman, so on Justice League, they made a conscious effort to hire women for head of department positions, including a female assistant director they hired up from the ranks, whom Snyder knew had the ability and talent.  When she asked this new female AD about wanting to work in film, she said, “When I was coming up, there was a woman, I remember going to the movies and I saw her name.  I said ‘If I she can do this, I can do this.’” 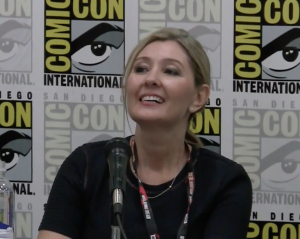 About hiring women, she says:

“I think it has to be, right now, a conscious decision, and hopefully that will turn into something that we just do, but for now it’s something we need to do.”

Of the women on the current Hollywood A-list she has worked with, Amy Adams, Margot Robbie, and Gal Gadot, she says:

“What’s so beautiful about them, is that they are strong, spirited women making choices that I think empower women empower themselves and it shows they can be strong and beautiful, and you don’t have to be one or the other.”

Victoria Alonso, as the head of physical production at Marvel Studios, has worked on Ant-Man, Iron Man, Guardians of the Galaxy, and pretty much every other film the studio has done.  She is executive producing Doctor Strange, Thor: Ragnarok, and Captain Marvel.  She is a wonderful example of someone who rose from the bottom, as a production assistant, to the top of the industry.  She talked about how she got to where she is by being willing to go the extra mile.  “I did every job nobody wanted to do. I was very interested in what people didn’t want to do, because I’m very interested in people.”  She told a great story about being mistaken for “the coffee girl”, which is definitely worth watching the panel for, and gave a bit of advice to everyone in the audience she thought the most important thing to remember in the business: 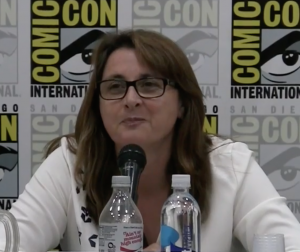 “Don’t let your ego get in the way. The high road makes for a better story, every time, trust me.”

When asked to talk about Captain Marvel, she started speaking in Spanish with a broad smile on her face.  Marvel officially announced Brie Larson as the star a few hours later in Hall H.  She did say of Marvel,

“You will see things very soon in the coming days and weeks. We have a conscious effort to bring more balance, and by that I don’t just mean women, I mean balance of what I call ‘The United Colors of Benetton’.  I long for the day when movies are directed, not because Black Panther is an African story is directed by Ryan Coogler, and not because Captain Marvel is a female story is directed by a woman, I live for the day when all of our stories are directed by all kinds of people.”

Angela Robinson, as a gay black woman, joked about being asked to be on a lot of panels. She related how, early in her career, she realized she could use to her advantage the fact that those she was pitching to didn’t know where to pigeonhole her. She said she would just fill that moment of confusion, when they were trying to figure out where to place her, with words.  Before they would write her off by putting her in a box, she was able to focus them on her ideas. 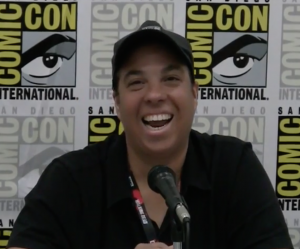 “My mom was always worried it would be hard to not be white, or straight, or whatever, but I always thought it helped me because I wasn’t able to be assigned to a box and I was just able to address the work. People, once you started talking, would just meet you and you could move forward, and be creative, and try to make art.”

Her advice was that It’s always important to be ready.

“They say that when they play your song, be ready to sing. When I got the opportunity, I was prepared.  People can help you only when you’re ready to be helped.”

One of her projects she talks of being most excited about, and the only one of the many in the works she can discuss, is called The Players, about the relationship between screen sirens Marlene Dietrich and Greta Garbo.

Catherine Hardwicke, a Texan, has the vibe of your favorite laid-back friend from the South.  She studied architecture and film production before becoming a production designer for movies like Vanilla Sky, Three Kings, and Tombstone. She used her own house and props to make the Oscar-nominated Thirteen, which she co-wrote with then-13 year-old Nikki Reed.  She talked about how she was able to leverage fan interest in Twilight while she was filming by showing producers articles and blogs put online by fans, and about the power of fandom. 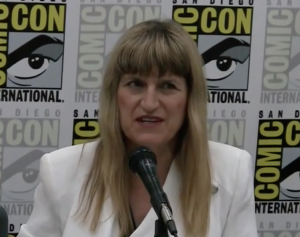 “When we are talking about the power that everyone in this room has, on Twilight for example, no studio in town thought would make money with a young female protagonist. Lionsgate, which was Summit, started looking at all the internet chatter and that there were fans that cared about it, and so every time I would read something online about fans that loved this scene, I would take it in and ask ‘could you give me a few more bucks to make this scene?’ We love the feedback of fans, and it supports what we do.”

Hardwicke also talked about her new connection with the production company ‘We Do it Together’, announced in February, and her part as one of nine female directors creating shorts for the film Together Now.

The panel ended with all those involved putting the suggestion out into the audience and fans to help: creating buzz, following and promoting women working in the industry, and actively connecting with like-minded people who don’t yet know about the new projects of women working inside and outside of Hollywood. They all repeatedly reminded the audience of the power of movie lovers, to call attention to underused talent who deserve a chance on the A-list in all roles in front of and behind the camera.  They also mentioned that as Hollywood is a business, their money has power as well.  Victoria Alonso specifically suggested buying movie tickets for women-fronted and women-supported films.  She, as well as the other panelists, urged women to never give up on getting into the field.  Alonso referenced the fact that Marvel Studios president Kevin Feige got denied multiple times before being accepted to film school.  “No is temporary”.

Based on post-panel responses, if there was one message that resonated for the audience on this first Women Rocking Hollywood Comic-Con panel, it was the quote Deborah Snyder recalled from her colleague, “If she can can do this, I can do this.”  This group of women, who are bringing about great changes, and expanding the artistic output of the film industry to achieve a better balance of voices from both genders, ably demonstrated just that. 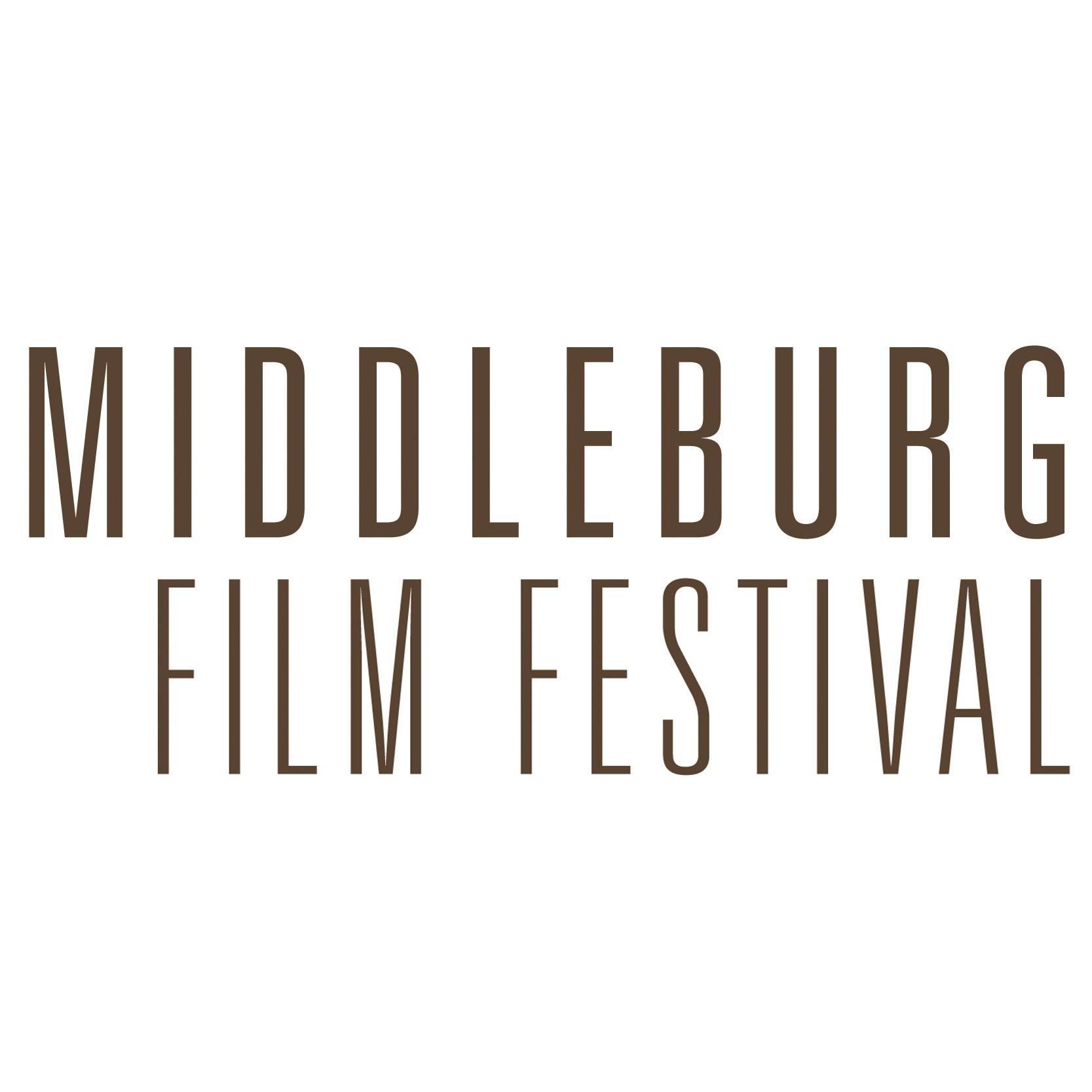